Start With a FREE Home Energy Check Up

Although fossil fuels are still the most commonly used power source in the world, there has been a greater push for renewable energy resources in recent years—especially with global concerns about climate change at the forefront of the conversation. From major manufacturers to single-family homes, more and more people are looking for environmentally friendly energy solutions in nearly all aspects of life. 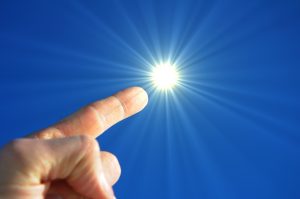 That includes the energy we use to power our homes and use our appliances. Since most people can’t really make hydropower or wind turbines work for their suburban homes, solar energy has become an increasingly popular option for those who want to go green and keep their power clean. It’s a truly natural resource that can work well for many homeowners—especially in sunnier locations.

People who still rely on electricity generated by fossil fuels may wonder if making the switch is really worth the hassle of having solar panels installed on their roofs. Since there is no one-size-fits-all energy solution for homeowners around the United States, it’s worth taking a look at how these two energy sources stack up against one another.

Because fossil fuels have become the standard for power generation around the world, they tend to be cheaper up front, more dependable, and easier to use than solar energy and other alternative power sources. They are commonly used to power the generators that transfer electricity to our homes for these reasons.

But while societies have been able to rely on fossil fuels  for hundreds of years, that won’t always be the case. The world will eventually run out of fossil fuels to burn, and by then there also could be major damage done to the environment between their contributions to global warming and the mining process that affects the ground below. And if people continue to use fossil fuels faster than they can be extracted, it eventually won’t be considered cheap.

Unlike fossil fuels, solar energy is a renewable resource—we will never have to worry about the sun one day disappearing on us. Because you only need to install solar panel systems to harness the sun’s energy, its carbon footprint is far smaller than that of fossil fuels. And because it can be so easy to generate power, many homeowners will be able to ditch their power company and reduce their monthly energy bills while relying on the solar panels on their roofs.

There can be high upfront costs when you switch to solar energy, but it is important to note than government-backed financial incentives are available and can help reduce costs for homeowners. And while they do generate power as long as there is some kind of sunlight hitting their photovoltaic cells, solar panels tend to work better in regions that get plenty of sun year-round. You also won’t be able to take your solar panels with you should you move into a new home later.

While we may have gotten comfortable using fossil fuels over the years, the benefits of solar energy are too great to ignore. At FOR Energy, we recommend that homeowners make the switch to solar if possible—and we can help make a solar power plan customized for your home to get you the most efficient system possible. Contact us today to learn more.