Cooling Things Down in Phoenix With a Home Energy Audit 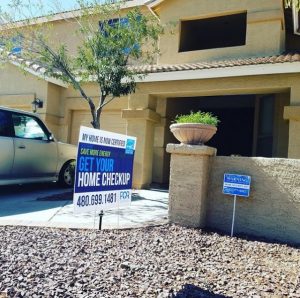 When Joseph L. first heard about home energy audits, he knew he needed one. Things weren’t as cool in his home as they could be, and the overall age of the house served as a good indicator that his insulation was the problem. So Joseph put a request on Yelp for energy auditors. Fortunately, FOR Energy was the first to respond. Energy Pros Jermain and Alvin visited Joseph’s home and conducted a thorough inspection of potential energy leakage points, including the attic. What they found in their home energy audit shocked Joseph:

“Little did I know that my house was in such bad shape, especially with the insulation and duct work … every time the AC kicked on, we were actually changing the temperature of the crawl space.”

With summer fast approaching, the team had to act fast to get Joseph’s air conditioning into shape before the sweltering desert heat made the home uncomfortable.

FOR’s Energy Pros brought new insulation to Joseph’s home, filling in the gaps around leakage points to ensure any summer air conditioning and winter heating flowed through the system efficiently. They properly sealed his ducts (including a pesky leak in his crawl space discovered during his home energy audit) and improved the overall flow of air. Joseph noted that throughout the entire process the technicians were “informative and had a clear eye for detail.”

Joseph also noted that Jeff, the team leader, never tried to upsell more expensive products to fix his problems. At one point, Joseph thought he would need a costly new air conditioning unit. After evaluating the unit, Jeff reassured Joseph of its functionality and recommended focusing on the insulation and ducts instead.

Thanks to his home energy audit, Joseph’s house stays cool during the summer and warm during Phoenix’s chilly winter nights. But don’t just take our word for it. Joseph says:

“All in all, I am grateful they reached out to me when I put my request on yelp. You will be grateful too.”